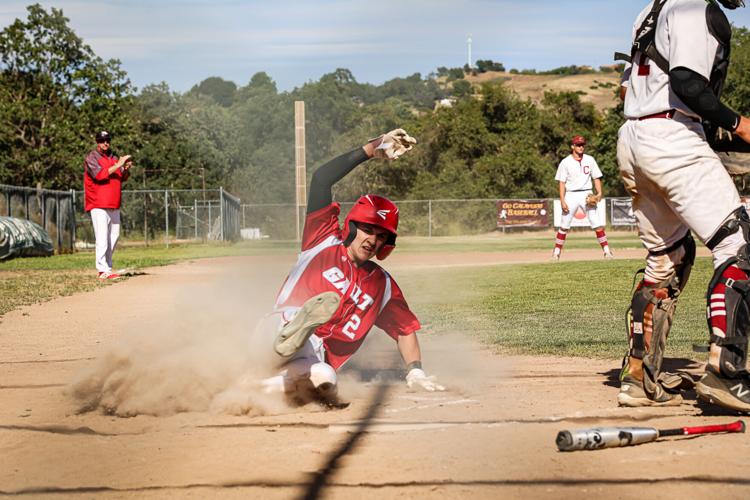 Mason Tassano scores and ties up the score during Calaveras playoff game. 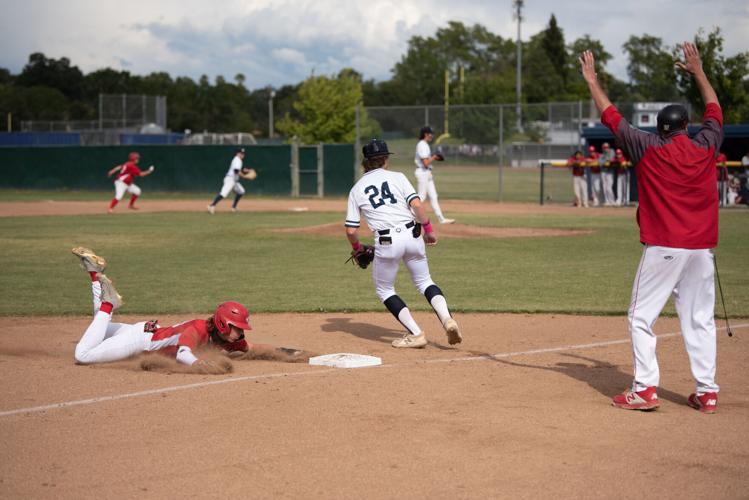 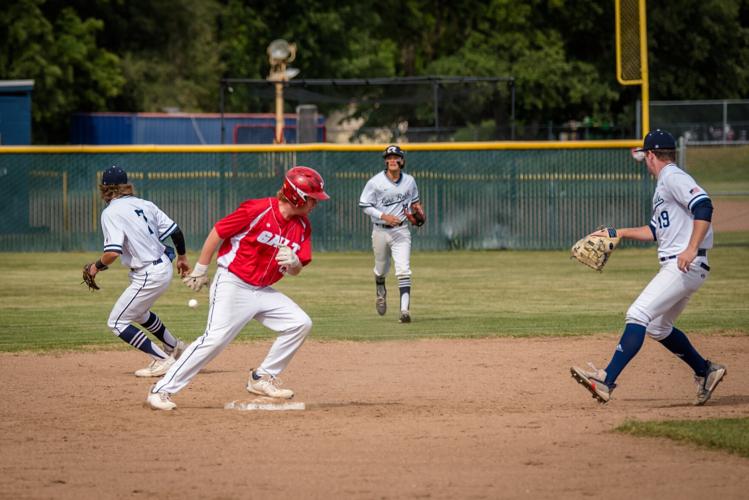 Mason Tassano scores and ties up the score during Calaveras playoff game.

Having placed third in league, Galt baseball just barely made it into the playoffs. Now, we seem to have a “Cinderella Story” as the Warriors just keep getting better and better.

The 11th ranked Warriors faced 6th ranked Casa Robles in the first round and shut them out 5-0. Next, in the Quarter Finals, they made the drive to face 3rd ranked Placer and, when the game was tied 3-3, could not be stopped in the 8th inning and beat them 11-3.

With the single elimination over, they will play best two out three in the semi-finals. The first semi-final game was Monday against second ranked Calaveras away, and guess what? The Warriors won again 1-0. They will face Calaveras again on Wednesday at home and hopefully finish them off.

If that happens, they will move on to the Championships and most likely face number one ranked Marysville.

Head Coach Jason Evans has a lot to say about his team.

"The whole playoff experience thus far has been extremely rewarding for our kids, Galt High School, Galt High Alumni and the community in general,” said Evans. “So many folks have reached out to me with a lot of well wishes and memories from their days at Galt High School. Our first game against Casa Roble began with a downpour and we gave up a double in the first inning, and Sebastian Soto didn't give up a hit the rest of the game and we upset a strong number 6 seed at their field in Orangevale.”

That victory earned them a second playoff game, again on the road against the number 3 seed Placer Hitmen in Auburn. “’They were a formidable opponent and we battled them to a 4-4 tie at the end of 7 innings,” said Evans. “We exploded for eight runs in the 8th to get an extra innings win. Our phenom sophomore, Aiden Hall, pitched a gem in that game for us. As a result of that win, we earned a best of 3 series against 25-2 record and 2 seed Calaveras. The great thing about this was that we would finally be guaranteed a home game, the first one of its kind for baseball in several years, from what I understand.”

“We were able to earn another win in Calaveras on Monday, winning another extra Innings game by exploding for four runs once again in the eighth inning. I am extremely pleased with our hitting, our pitching, our fielding and our base running. I told the boys after the game against Placer, that some teams get hot at the beginning of the season and cool down; some teams get hot in the middle of the season and then it goes away, but we got hot at the end of the season, and that is where you can really do some damage in a sectional playoff format. The boys all believe in our team and are playing as a family. We've had our ups and downs, like any team has throughout the course of the season, but we have handled the adversity of the moments with an incredible amount of maturity and that is one thing I am very proud of. When I took the job at Galt in 2019, my biggest challenge was to change the culture and the way we looked at the game. I knew I had to develop baseball IQ and make the game challenging from an intellectual standpoint for the team. We just missed the playoffs my first-year, finishing 4th in the SVC. Then 2000 came and COVID ended our season after six games. Last year we didn't have playoffs because of COVID, so to get a chance to play in a sectional championship and be one win away in this period of time, I am very fortunate that the players, coaches, parents and administration have all bought into the design of our baseball program."

Coach Evans also added one more thing in regards to their pitching, whether it’s Soto’s performance or Hall’s performance:

"I am also very happy with the way our catcher, Mason Tassano has handled our pitching,” said Evans. “He has been amazing behind the plate for us, and a lot of our success both offensively and defensively comes from his play."