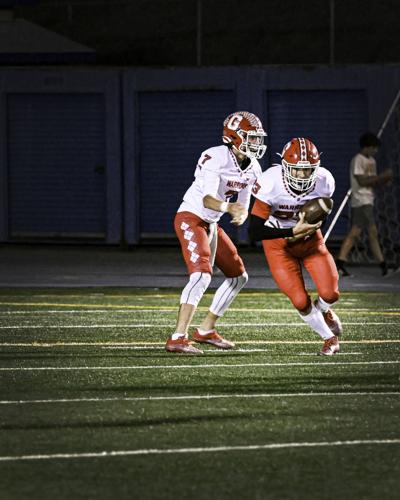 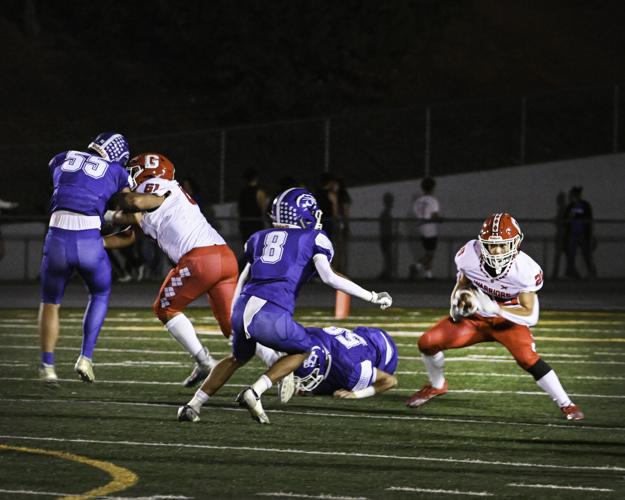 Russell Brown gains some yards aided by a block by Nate Caballero. 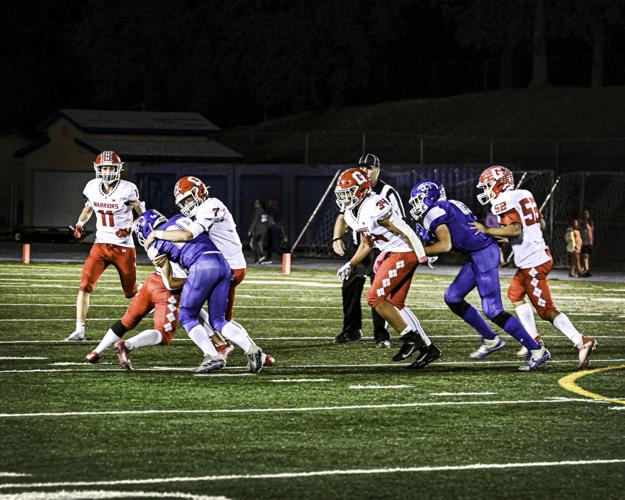 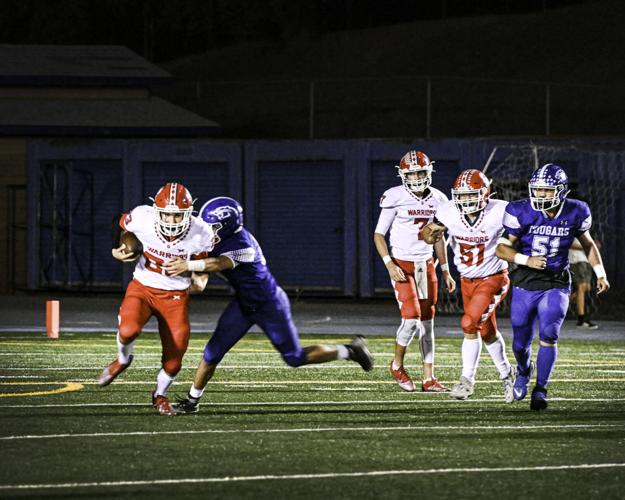 Russell Brown gains some yards aided by a block by Nate Caballero.

The Galt Warrior football team headed up the hill to El Dorado Friday night. They accrued their third league loss in as many games.

The Warrior offense wasn’t able to score the whole game, even though they got close at the end and the defense, unable to stop El Dorado, allowed 56 points total scored against them

The score was 35-0 by halftime and most of the second half was played with a running clock.

Quarterback Cole Erman was able to pass for 11 yards while the Cougar quarterback passed for 248 yards. Erman, however, had the most rushing yards of any Warrior with 124 for a total evening of 158.

The Warriors will face 4th in league Bradshaw Christian away this Friday and the last game; the Dairybowl will be played at Liberty Ranch.

More photos can be found at www.tomsantillan.smugmug.com