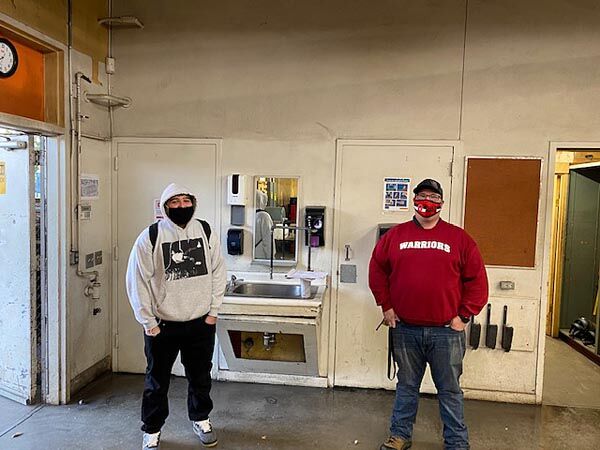 Yair Garcia, left, made an impression with GHS staff when he showed up early on the first day of cohorts at his welding class. 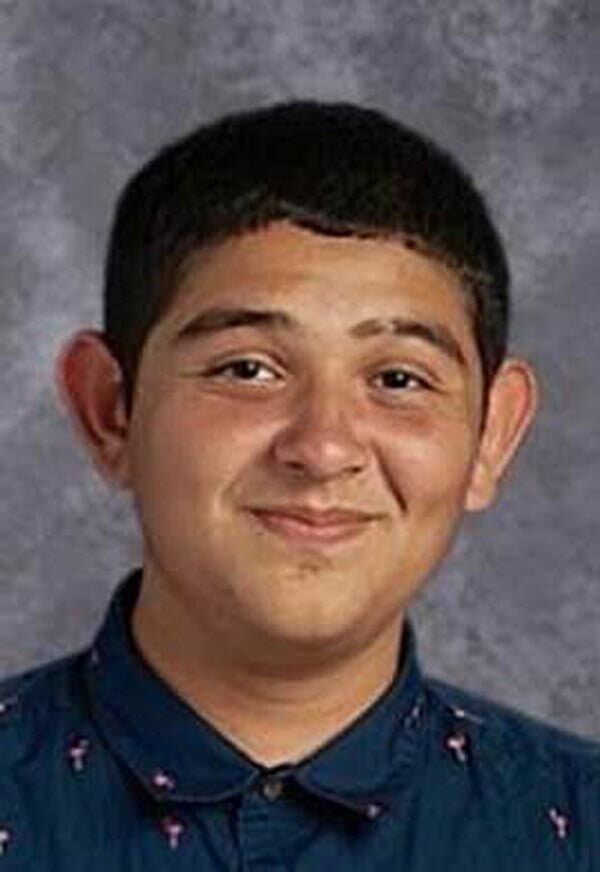 Yair Garcia, left, made an impression with GHS staff when he showed up early on the first day of cohorts at his welding class.

When cohort classes started for the first time this year, Yair Garcia couldn’t have been more ready.

“Yair was the first student to arrive on campus for the very first cohort offered of the year,” Galt High School Principal Kellie Beck said. “The class started at 8 a.m.; he arrived at 7:30 a.m. and ran in. He told me he was just too excited to finally be on campus that he couldn’t wait. I had to say to him, ‘At least let me take your temperature first.’ You could see his smile through his mask.”

The short time between that day and Friday, Jan. 15, seems too short for those who knew Garcia.

On his way home to Galt with his family, Garcia, who was a junior at Galt, was killed along with four family members in a car accident in Mexico.

Garcia’s uncle, Sergio Garcia, was injured in the crash and had received surgery for a fracture in his right femur, according to Jennifer Gutierrez Tejeda, a relative and creator of the fundraiser.

As of the afternoon of Jan. 26, the GoFundMe had raised $114,135 of its $200,000 goal, which will cover necessary costs related to the accident for all six members of the family.

As the Warrior family reeled from two losses in one week (Warrior alum Arath Chavez was killed in a motorcycle accident on Jan. 12), Garcia’s Ag Biology teacher from freshman year, Cheryl Reece, reflected on a trait characteristic of Garcia.

“He had the kind of personality where he was happy,and he was excited about the things he was involved in. When I’d see him outside of class time, he wasn’t embarrassed to come say hi to a teacher. He actually went out of his way to say hi and come give me a hug. He was just warm with everyone,” Reece said.

That amiable nature extended to his peers, as well.

“He was confident in his relationship with people. In class, it was hard to do a seating chart with Yair because he’d talk to anyone. He was a typical high school boy, very social,” Reece said.

Having played on the JV football team for the past two years, Garcia had been on track for his first varsity season with the Warriors.

Galt Varsity Football Coach Tim Cobleigh, who works on campus security during school hours, would give Garcia a ride to class occasionally on the school’s golf cart. While he hadn’t had the chance to coach him during a game, Cobleigh agreed his friendly nature stuck out.

“Yair was (one of the students) who we talked to about this and that or would want to chit chat,” Cobleigh said. “He was friends with everybody. There were a lot of kids who were close to him.”

On Jan. 25, the Galt, Elk Grove, Lodi and South Sacramento Dutch Bros locations held a fundraiser of their own for the Garcia family, donating $1 of every drink sold to the Garcia family’s memorial fund.

As news of the event spread across social media in the days leading up to Jan. 25, the desire to help the family seemed to mirror the level of energy Garcia, an FFA student who’d been in the Ag program for all three years at GHS, had extended to others when he had the chance.

“Yair was a memorable student. He always had a joke to tell and a smile on his face. Earlier this year, when I pulled up to the drive thru window at In N Out in Elk Grove, I heard an enthusiastic, ‘Mr. Posey!’ I immediately knew it was Yair behind that mask and uniform. It was his first day of his new job!” GHS Assistant Principal Alan Posey reflected. “I have no doubt his positive energy and sense of humor was indicative of his loving family at home who will be missed by our community.”

As GHS mourned the Garcia family’s loss, Reece remarked about the young linebacker’s knack for leaving an impression.

“He was just special. We take for granted sometimes our relationships with these students. These kids do as much for us as we do for them. They’re just great people, good people, and we don’t necessarily thank them for what they give to us as an adult,” said Reece.