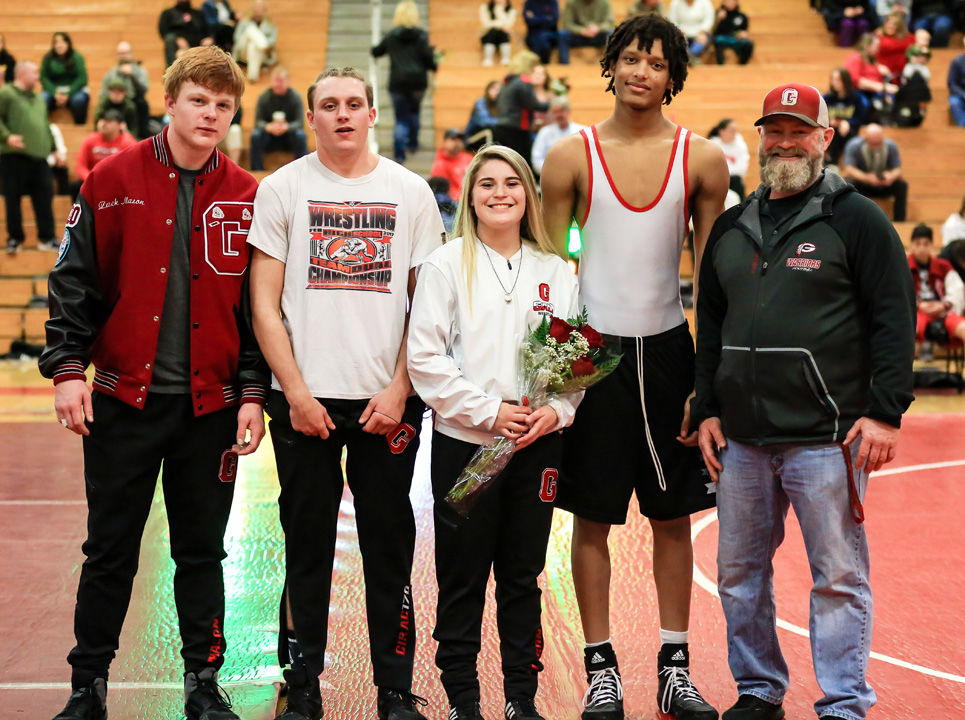 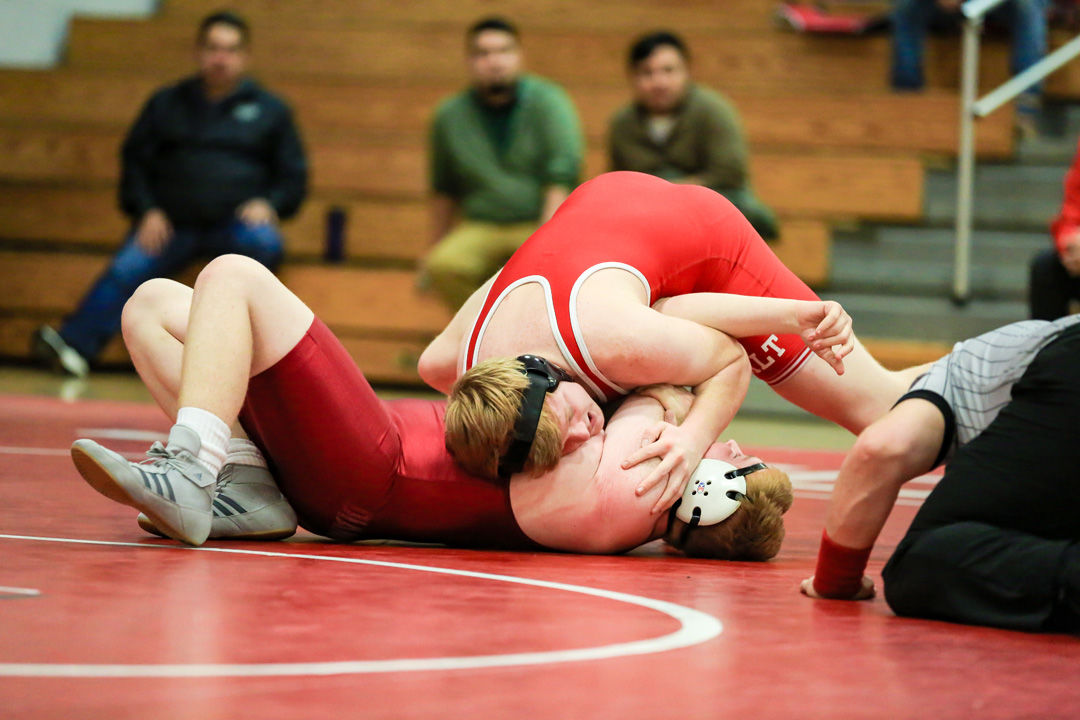 The Warriors’ Zack Mason pins David Manning of Union Mine.

The Warriors’ Zack Mason pins David Manning of Union Mine.

The Galt Warriors hosted their first Sierra Valley Conference wrestling meet of the season but, in a unique change to the schedule compared to last season, it was also their senior night.

Wrestling fans nearly always had something to watch at the meet, as it was the first time the Sierra Valley Conference has put a new agreement in place to have four teams compete at one meet rather than hold the normal dual meets.

The objective in having both El Dorado and Union Mine travel to Galt is to save money on transportation, Galt coach Tim Cobleigh said of the league’s new policy.

Cobleigh said that, amid the team losses, there is promise in the Warriors’ future.

“We’re young and we don’t have a lot of experience but we’re getting better every day. We’re looking for the future. There are a lot of strong wrestlers in the program and they’re definitely getting better each and every time we practice,” Cobleigh said.

Some of the Warriors’ returning wrestlers who have continued to show dominance this year earned wins in the league meet and could be the leaders the growing program needs to guide them this year.

“We have some strong veterans with William, Dominic, Zack Mason, Gabe, Zach Cirac, so we’re just continuing to work hard in the weight room and on the mat and get in there and win some matches,” said Cobleigh.

As far as health goes, the Warriors are healthy and ready to take on Liberty Ranch tonight on the Hawks’ senior night.

“Nothing serious, just some bumps and bruises. We have some kids going through the concussion protocol but they’ll be back before the end of the season,” said Cobleigh.