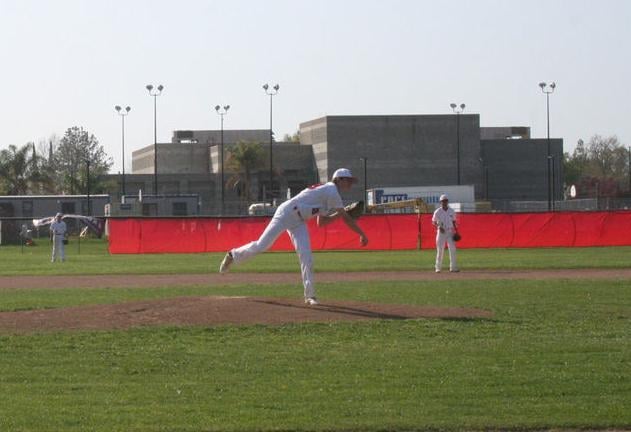 Tyler Little pitches for the Galt Warriors in their last game before the three-week school closure. 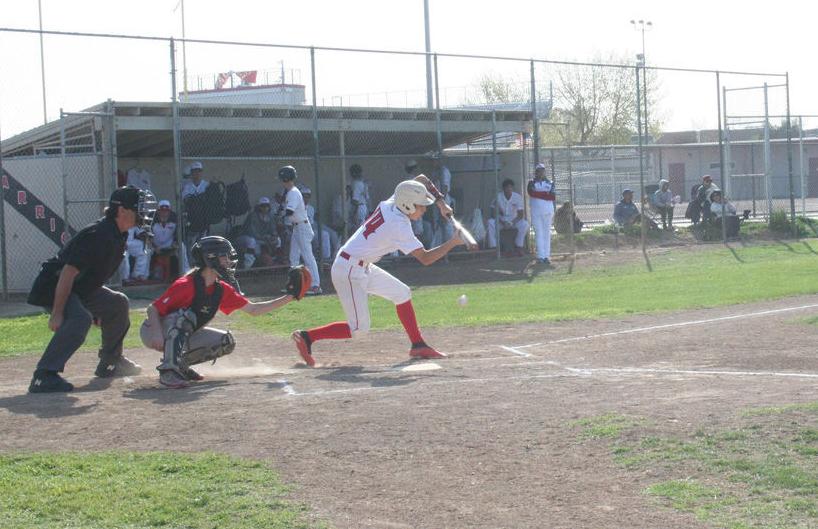 Ethan Reece of the Galt Warriors bunts in the Warriors’ game against San Juan on March 12.

Tyler Little pitches for the Galt Warriors in their last game before the three-week school closure.

Ethan Reece of the Galt Warriors bunts in the Warriors’ game against San Juan on March 12.

In the top of the sixth inning in the visitor’s dugout in the March 13 baseball game between host Galt and San Juan, a Spartan warned his teammates this could be their last at-bat.

Indeed, the game would be the last game for both teams before a three-week closure by Sacramento County of its schools from March 16 to April 3.

The game, along with Galt softball’s game against Casa Roble, were the last two contests to be played for the Warriors before they are officially on a four-week hiatus that includes spring break.

The Galt Joint Unified School District announced on March 13 that its schools would be closing in response to precautions due to the coronavirus.

The Warriors are currently 3-3, including the game against San Juan, which the Warriors lost 15-12.

Without the ability to continue their season for at least three and a half more weeks, Galt coach Jason Evans said that players would have the option of working out on their own.

“I’ve always encouraged my guys to stay on top of baseball,” Evans said on March 13. “It’s really up to them how much they want to invest their time.”

The San Juan game was the third of the week for the Warriors, who lost 13-3 to Rosemont March 12 and lost 1-0 to Liberty Ranch March 10.

While the Warriors have five seniors on their team, they also have four freshmen and an overall young roster.

When the season resumes, the focus of the season will be to not just make playoffs but to continue where the team left off last year, Evans said.

“I want to continue to build …” Evans said, referring to last season’s improvement of five league wins and eight total wins (in 2018, the program had two total wins).

If the team is able to continue to improve on the previous season, the playoffs could be on the horizon if the season continues as currently scheduled.

“My goal is to make playoffs just so they can get a feel for what it’s like to play in a win or go home game,” Evans said.

This season, the Warrior coaching staff is joined by Nate Gogna, who has been working with the outfield, has head coaching experience and is experienced at leadership.

“Coach Nate Gogna is with us this year and hopefully in future years to come. Coach Gogna provides our staff with a solid baseball mind who has fit in well,” Evans said.

One new addition to the schedule this year was the creation of the Warriors and Liberty Ranch Hawks’ first-ever joint spring break tournament.

The tournament was canceled, however, out of caution.

“The tournament was canceled due to recent developments. Originally we had eight schools from California and Nevada. Games were going to be played at Galt High School and (Galt) Community Park. Due to several school districts suspending school activities, it was in our best interest to cancel the tournament.”

In the game against Liberty Ranch, Galt’s pitchers Sebastian Soto and Little combined to give up just three hits, noted Evans, while offensively the Warriors saw hits from Mason Tassano, Mayfield, Mateo Santoyo and Flores.

The Warriors won their first league game but fell to Rosemont in their second league contest.

“We walked off the bus without a lot of energy. I’ve learned over the years that, at times, teams play poorly when the team is off of school for the day or week,” Evans said. “The players stay up later than normal, sleep in later than normal, and eat differently, which takes them out of their routine. Come game time, it usually is not the best effort. Ideally, you hope that your daily routines stay pretty close to the same, but that was not the case on that day.”